Created by Indonesian developer Mohammad Fahmi (otherwise known as Fahmitsu) and produced by Rolling Glory Jam, What Comes After is a short side scroller that follows a young woman named Vivi as she catches the last train home in an unnamed Asian city. In our first moments with her, Vivi is an overripe trope of the introverted anime girl: hands gripped at her chest, fingers practically pointing at one another, her shoulders hunched forward. She travels with a noisy baby step shuffle that’s worthy of an eye roll, but it does effectively tell you everything you need to know about her. She’s uncomfortable with others, deeply unhappy, and most prescient of all very, very human.

And What Comes After won’t let you forget it. Vivi nods off and wakes on an empty train – dim, luminous, and speckled with otherworldly flecks of dust – and in the other train cars she finds papery spirits headed towards the literal last stop: the afterlife. While these spirits are gauzy and delicate as shoji screens, Vivi is solid matter. She’s the only living person aboard, and the reckoning that comes with her potential death is written in a way that feels unique. Vivi discovers she may be one of the dead and reacts, startlingly, with relief. It didn’t hurt, she remarks. There was no pain, and she doesn’t even remember the incident itself. “You won the jackpot, Vivi!” She tells herself, revealing that she’s been considering suicide for a while. This revelation spoken aloud to no one feels like a bit of a blunt instrument, but also – to anyone who’s ever struggled with depression or thoughts of suicide – it’s perhaps an all too realistic reaction.

The Search For Human Connection

With dialogue like this carrying the bulk of the story, the game only barely skirts past categorization as a visual novel. The meat of the game revolves around the time Vivi kills (if you’ll pardon the expression) waiting to return to her waking life. She’s given full reign of the train and all its cars, and the unique opportunity to speak to the dead – human, but also flora and fauna – ask questions, and ponder the value of life and the meaning of death alongside them.

Quick vignettes with ghosts literally exemplify the stages of grief: one man tries to bargain his way off with money and influence, another woman mourns her lost youth, and a particularly touching encounter with an older gentleman offers only polite acceptance, and hope that he did enough for others in his time.

Like a twisted version of Our Town, death seems to have made everyone calm, critical, and deeply introspective. Every conversation with the train’s non-living passengers feels like the running internal monologue you have with yourself about whether you should ultimately point your sails towards oblivion. Some spirits speak of a hope that the afterlife will be more fair or more peaceful than their time on Earth, but others lament that they’ll miss their family, mourn for time lost, or fear missed opportunities for human connection. Every passenger has some component of this conversation to offer up on the individual level, yet each reinforce that gambling with death is one big “what if”. They have yet to arrive at their final destination, so there’s no way to know whether the afterlife will hold the secrets or the answers they couldn’t find in life. All they know, and remind Vivi at great lengths, is that life was a beautiful opportunity, and is something they should have cherished more completely.

The game taken as a whole feels like a metaphor for intervention – an emotional turning point for anyone struggling with their mental health where all of the thoughts and arguments for living are synthesized and, finally, absorbed into something usable. To those who have ever had to cope with depression, it won’t be a particularly unfamiliar experience. To those who have not, What Comes After will feel like a beautiful, emotional, and timely reminder of what it means to be human.

The timing of its release on the Nintendo Switch underscores a component of the story that cannot be ignored: the COVID-19 pandemic has brought death and thoughts of suicide to even the best of us. Fahmitsu & Rolling Glory address this in-game with subtle decorum: on the train containing the living, every passenger – Vivi included – is swathed in a neoprene mask, the kind that have gained overwhelming popularity in Japan due to COVID. This precise acknowledgement of the difficulty of 2020 makes What Comes After feel more personal to the player. Vivi is struggling, yes, but you may be too. If so, the developers seem to be saying, this game is for you.

A Message To Take Home

There are a lot of capital-C Concepts jiggered around in the game, and at moments it does feel like an overly ambitious juggling act. Spirits deliver sage one-liners on mindful living. Flowers extol the benefits of ecological kindness. Pets and wild animals speak deeply and passionately about animal welfare. The inclusion of flora and fauna is a thoughtful Buddhist-inspired touch that nods towards a non-human centric worldview, but it also makes a subtle point about death being the greatest equalizer of all. The power of each individual argument is at times diminished by this dog pile of philosophical concepts, like a self help book flipped through too quickly, but when viewed as a whole the crush of conflicting thoughts does seem to mesh together to create a bigger message, although one presented inelegantly: life is complicated, and struggling with your mental health means you will face all of these conflicting arguments again and again in a gatling gun barrage.

The unfortunate thing about What Comes After is – though emotionally brimming and lush – it’s technically messy. Other train riders are visually recycled stock characters that are cycled, copied, and repeated. The art is clunky, with notoriously difficult to draw hands substituted for fleshy mittens, and typos crop up more than once in the dialogue. Ultimately, the game is a bubbling hot pot of “tell don’t show” which leaves the player with a whiff of amateurism, and the narrative dwelling in the overly literal can sometimes feel cringe-worthy with how on the nose it reads. Yet, it also has something hearty and filling at its core: if you’re searching for meaning or purpose, there’s no better place to look than in nature, in honest conversations with others, or by valuing other living creatures with as much zeal as you use to feel dejected about your own worth. The metaphors and symbols used to get to this message may be overly trite, but in this endless pandemic era that has relentlessly punished our willingness to go on, it’s a message worth touting and one we desperately need to hear.

7
Solid
A deeply emotional and touching title, but hindered by amateur art and storytelling tactics. 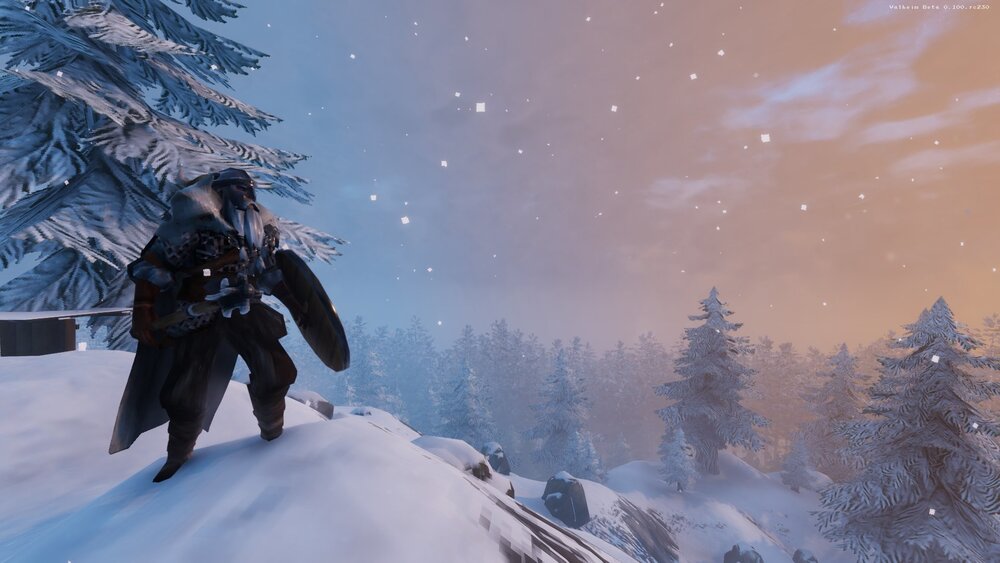 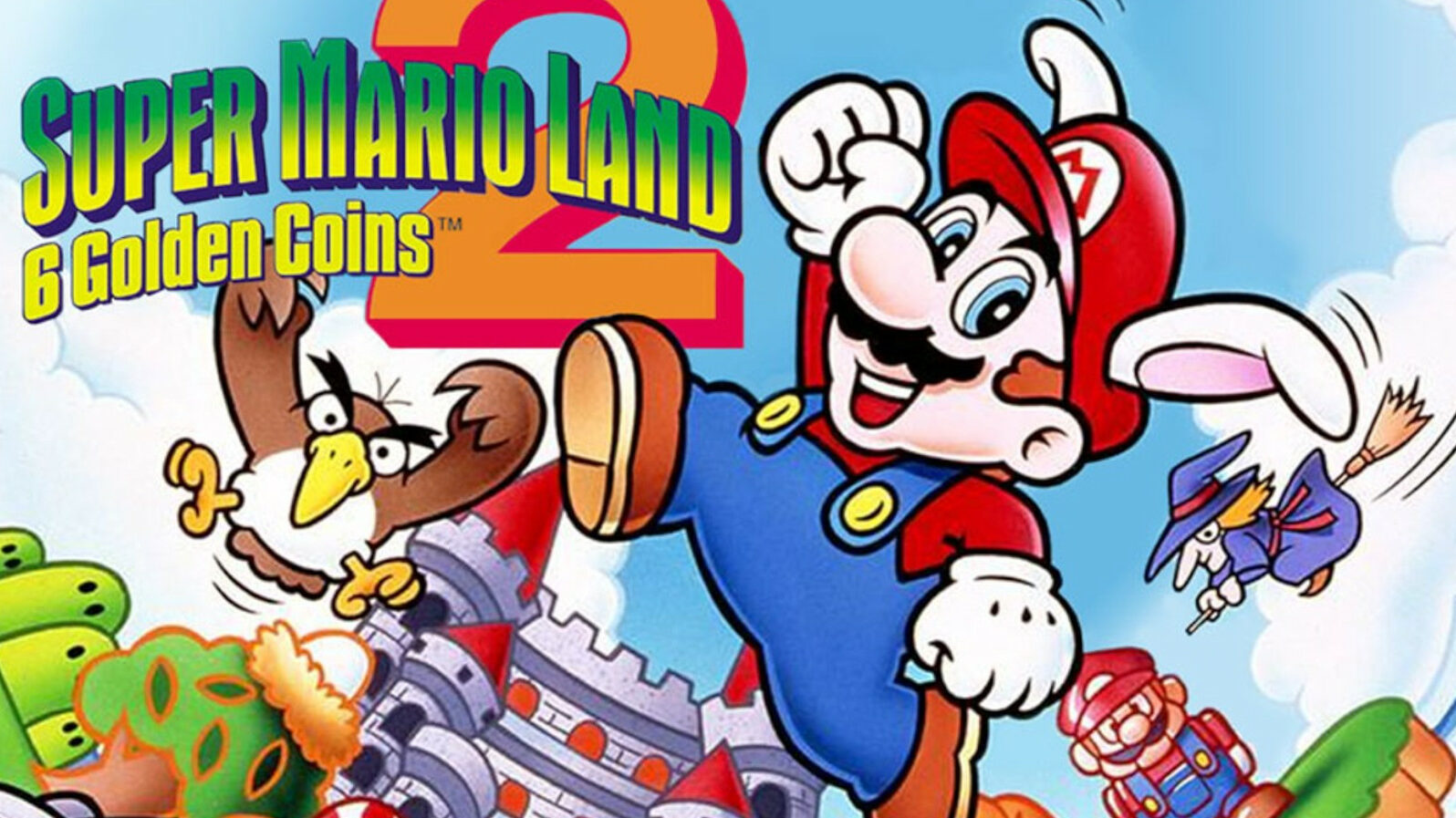